fish is a smart and user-friendly command line shell for Linux, macOS, and the rest of the family.

Finally, a command line shell for the 90s!

fish is an excellent command line shell for day-to-day file browsing and running commands (the BEST, in fact).

However, it is NOT compatible with bash so you should still write and run your scripts with bash.

This also covers how to

How to run bash scripts from fish

A bash script should have a "bash shebang" (#!/bin/bash) as the first line of the file:

You can also run bash explicitly:

How to set the fish Color Scheme

You may like to have your fish theme match your Terminal or iTerm2 theme (such as Solarized, Dracula, or Tomorrow Night).

How to set vim to keep using bash

The first line of your .vimrc should always be set shell=/bin/bash.

How to make fish the default shell on Linux

This requires editing a protected system file, /etc/shells. It is better to use the Terminal-specific methods.

First, fish must be installed and in the PATH.

Second, fish must be in the system-approved list of shells in /etc/shells:

You should use chsh to change your shell:

If vim uses fish instead of bash, annoying errors will happen.

How to switch to fish

You can simply type fish and hit enter to start using fish from any other shell.

You can also set is as the default for a particular Terminal, or for your user.

How to set fish as the Terminal.app shell

Find out where fish is:

Then update the Terminal preferences: 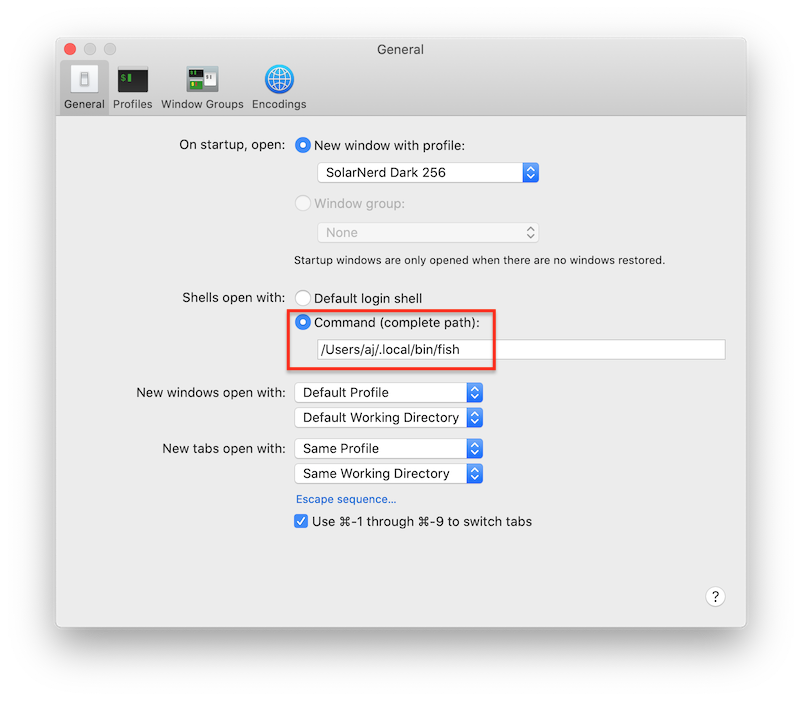 Or, you can quit Terminal and change the preferences from the command line:

How to set fish as the iTerm2 shell

Find out where fish is: 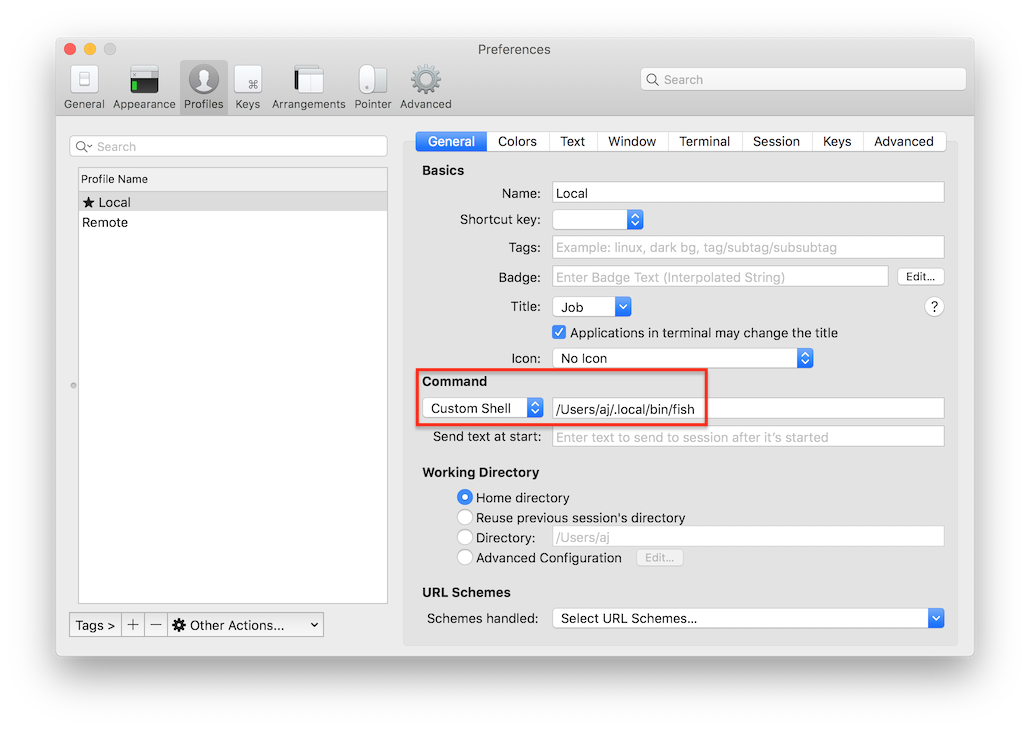 Or, you can quit iTerm2 and change the preferences from the command line:

How to set fish as the Hyper shell

Hyper is configured with JavaScript.

How to set fish as the Alacritty shell

~/.config/alacritty/alacritty.yml should contain the shell config:

If you don't yet have an alacritty config, this will do:

The default alacritty.yml is included as an asset with each Github release.

Where is the fish config?

Fish will be installed to the standard user location:

It's config will also go in the standard user location:

How to set the default shell back to bash

See the instructions above for "How to make fish the default shell in X", but use /bin/bash as the path instead of $HOME/.local/bin/fish.